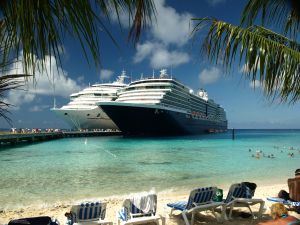 On March 7th, despite the escalation of the COVID-19 crisis, Holland America Line’s MS Zaandam proceeded with its voyage allowing 1,241 passengers and 586 crew members to board the cruise ship in Buenos Aires, taking a risk it would prove not to be able to handle. Only one day later, on March 8th, the United States government put out a statement warning against cruise ship travel. It would not be until March 13th, when those aboard the MS Zaandam were already trapped at sea, that Holland America announced it would be suspending cruise ship operations.

Undeterred by the evolving pandemic, during the cruise’s first weeks at sea, Holland America’s focus was on the guests’ vacation experience, rather than the safety of those on board. Passengers continued to gather for meals, take dance lessons, and relax in the casino. However, by March 22nd, passengers on the MS Zaandam began to show coronavirus symptoms, and the virus spread rapidly because of the ship’s semi-enclosed environment. Cruise line executives vastly underestimated COVID-19, assuming that they could protect those aboard by relying on past protocols to protect their guests and staff from disease outbreaks. However, it soon became clear that the outbreak was out of control, and all guests were quarantined, confined to their cabins.

Denied entry to port after port, the MS Zaandam became the cruise to nowhere. In need of support, the MS Rotterdam, Holland America’s fastest cruise ship, was dispatched with additional supplies, staff, and test kits. On March 27th, it met the MS Zaandam on the coast of Panama. In addition to delivering staff and supplies, passengers deemed healthy were transferred to the MS Rotterdam. Crew members reported that they were initially unaware that passengers would be transferred during the rescue mission, putting the crew in danger of exposure. Although initially denied, both ships were eventually granted passage through the Panama Canal and able to continue their journey to Florida.

The MS Zaandam and MS Rotterdam were finally able to dock in Port Everglades, Florida on April 2nd after negotiations between the cruise line and local, state, and federal officials. Thirteen passengers were treated at local hospitals, and some passengers deemed fit to travel by Holland America’s medical staff were taken directly to the Fort Lauderdale airport, where they were flown on five chartered flights across the United States, Canada, and Europe. Other passengers would be stuck on the Holland America cruise ships for another three-and-a-half weeks before receiving approval to return to their countries.

In total, four passengers and one crew member aboard the MS Zaandam died (according to the CDC, one death was not caused by the coronavirus). Additionally, the CDC reported that more than 250 guests and crew members were sick with COVID-like symptoms. However, the actual numbers of those infected on the MS Zaandam and MS Rotterdam are still unknown.