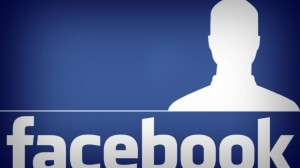 Social media is progressively playing a larger role in our culture today, and coincidentally in litigation.  Many times, our maritime personal injury clients are surprised that after a lawsuit has been filed, the defense often requests a copy of the client’s entire Facebook account.  Clients wonder: Why is a Jones Act employer or a cruise line entitled to see a person’s private social media account?

Similarly, access to social media by employers is an issue that legislators are currently grappling with.  A bill currently before the Washington State Legislature has been in the news recently because of a controversial proposed amendment that would allow employers to obtain employees’ personal Facebook and other social media passwords as part of company investigations.  The bill, sponsored by Senator Steve Hobbs, D-Lake Stevens, is intended to safeguard the passwords of workers and job applicants in Washington, but the proposed amendment chips away at these protections.

The bill arose as a response to the recent trend of employers requesting Facebook and other social media login information as part of the job application process, or at other times from employees.  The public expressed outrage at the prospect of having to share details and photos of their personal life with an employer they didn’t even work for yet.  Whether you did a keg stand at a barbeque last Saturday has nothing to do with your performance at work Monday through Friday, right?

The bill currently being considered is intended to crack down on this intrusion into workers’ privacy, but was met with strong criticism by the business community.  Business leaders argued that the bill would open an avenue for employees to divulge proprietary or consumer information to outsiders.  Frankly, this argument is absolutely ridiculous.  Just because your boss isn’t watching over your Facebook activity like Big Brother doesn’t suddenly make it ok for you to divulge proprietary information.  Furthermore, the law is clear that your employer cannot spy on you through your personal email, and there doesn’t seem to be a good argument why Facebook should be treated differently.

In response to the criticism from the business community, an amendment was proposed that would have allowed employers to ask for personal social media passwords under the guise of an investigation into “work-related misconduct.”  However, this amendment did not make it out of committee.

Once a lawsuit has been filed, something called “discovery” begins.  During the discovery process, the parties to a lawsuit exchange information with each other.  Basically, the other side is allowed to ask you for anything that is relevant (with a few very limited exceptions).  And in discovery, the term “relevant” is construed extremely broadly.

This is not to say that during the discovery process the defense is entitled to every last bit of information about you, but in most cases they get to see your social media account.  Requesting information related to social media is becoming more and more of a standard practice.

For these reasons, it is important to be very careful what you put on Facebook, Twitter, Google+, MySpace (do people even use MySpace anymore?), Instagram, Pinterest, LinkedIn, and any other social media that I am apparently not savvy enough to know about yet.  For a list of dos and don’ts of social media for maritime personal injury plaintiffs, stay tuned for an upcoming post.