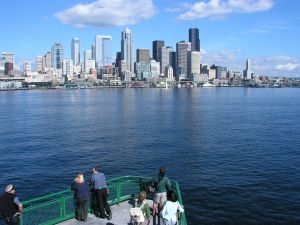 On March 1, 2016, a Snohomish County Superior Court Judge found that the ferry system had wrongfully denied payment of maintenance and ordered the Washington State Ferry system to pay 275 days of back maintenance to an injured ferry worker represented by Kraft Davies Olsson PLLC.  In holding in favor of the injured worker, the Court ordered the ferry system to pay back benefits of $19,175 and costs of $1,323. The ferry system had argued that it was still investigating the claim and that it needed the results of diagnostic testing and physical therapy so that it could complete its investigation. In reaching its decision, the Court rejected the ferry system’s claims and stated: “The Court finds that there has been no good cause for the State’s failure to pay maintenance, that the State’s claim that the results of diagnostic testing and physical therapy are necessary to allow it to complete its investigation of Kelly’s claim for maintenance is pretextual, and the State’s denial of maintenance despite its payment of the coextensive duty of cure is arbitrary and capricious.” The Court directed our client to submit an application for an award of attorneys’ fees against the ferry system for its wrongful failure to pay maintenance to the injured ferry worker. The application for attorneys’ fees must be filed within 14 days. The ferry system will also face the issue of punitive damages at trial for wrongful failure to pay maintenance.

Maintenance is a daily stipend owed to a seaman recovering from an illness or injury while in the service of the vessel and is owed until the seaman reaches maximum medical improvement from the condition. “The rule of maintenance and cure is simple and broad: a seaman is entitled to maintenance and cure for any injury or illness that occurs or becomes aggravated while he is serving the ship.” Messier v. Bouchard Transp., 688 F.3d 78, 83-84 (2d Cir. 2012) (emphasis in original). In Dean v. Fishing Co. of Alaska, Inc., 177 Wn.2d 399 (2013), a unanimous Washington Supreme Court summarized the law of maintenance and cure:

[T]he shipowner’s liability for maintenance and cure [is] among ‘the most pervasive’ of all and [it is] not to be defeated by restrictive distinctions nor ‘narrowly confined.’ When there are ambiguities or doubts, they are resolved in favor of the seaman.

It has been the merit of the seaman’s right to maintenance and cure that it is so inclusive as to be relatively simple, and can be understood and administered without technical considerations. It has few exceptions or conditions to stir contentions, cause delays, and invite litigations.

Maintenance and cure are described as “among the most pervasive incidents of the responsibility anciently imposed upon shipowners” and should not be overcome “by restrictive and artificial distinctions . . . . If leeway is to be given in either direction, all the considerations which brought the liability into being dictate it should be in the sailor’s behalf.” Aguilar, 318 U.S. at 730-735; see also Messier, 688 F.3d at 83 (“No matter how the doctrine is formulated, one thing is clear—the duty of maintenance and cure exists for the benefit of seamen. Accordingly, the Supreme Court instructs us to be ‘liberal in interpreting this duty for the benefit and protection of seamen who are [the admiralty courts’] wards.’”) (quoting Vaughan, 369 U.S. at 531-32).

If you have questions about your maintenance and cure benefits, contact one of our maritime injury lawyers for a free consultation on the issue.